Seven participants of the WANDEL project partners CESR, mundialis, United Nations University, University of Osnabrück and WAGU and were led by four employees of the practice partner Embrapa through the study area in the state of Goiás and visited agricultural experimental areas as well as two sugar mills and the associated sugar cane fields. One of the two sugar mills will be examined in the course of the WANDEL project as a case study in AP1: Regional Case Studies.

Embrapa is an agricultural research institute and practice partner in the project WANDEL, which mediates between the German project partners and the operators of the sugar mill and will support the exchange of data, also with Brazilian authorities. In the course of the excursion, the WANDEL team visited a number of test sites where, among other things, integrated use systems for small farmers or the handling of different sugarcane varieties with water stress are tested under different irrigation methods. 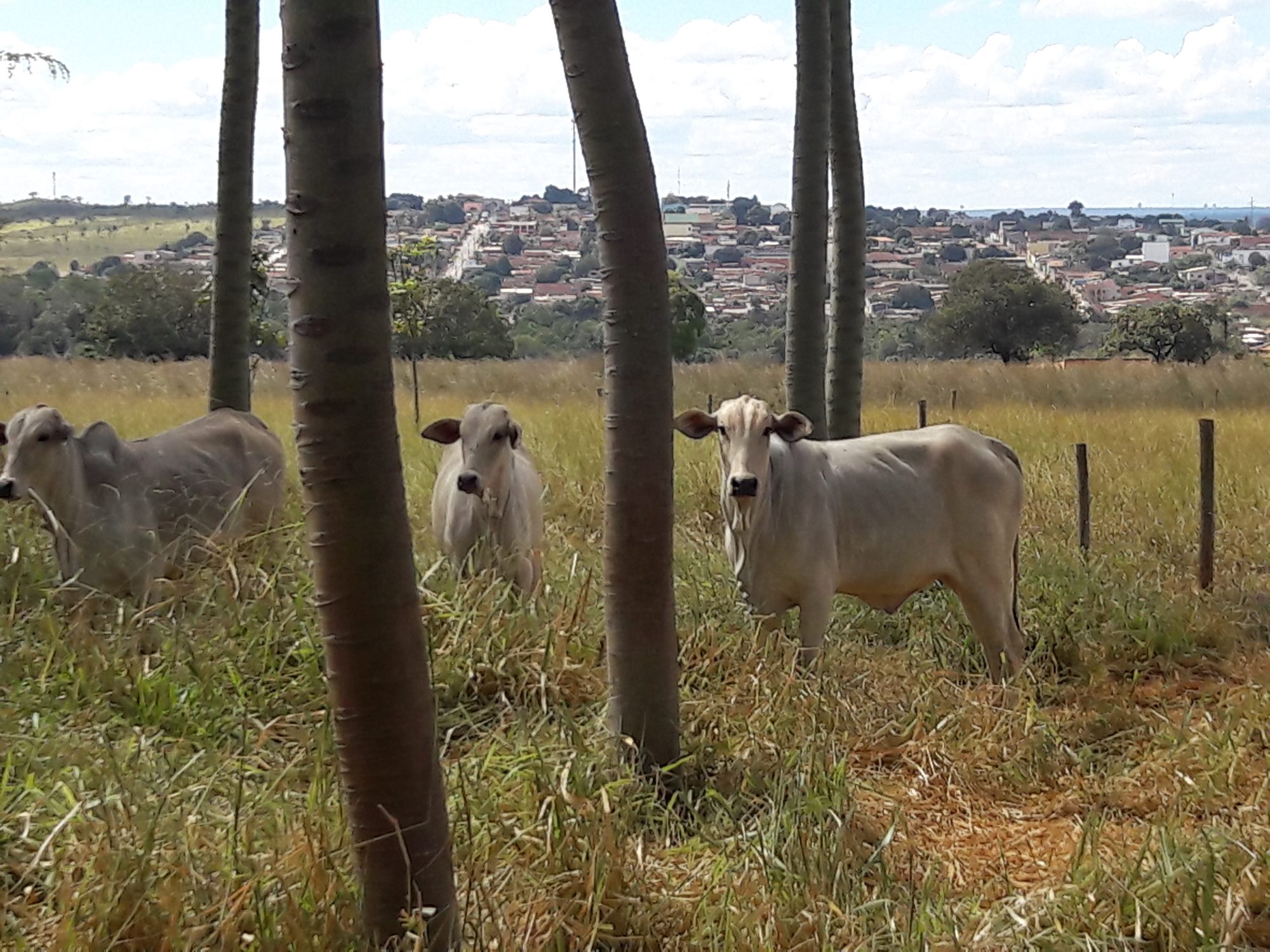 Livestock on the test areas for "Integrated Plant-Animal-Forest Systems" by Embrapa.

Meetings with authorities and government officials

In addition, the WANDEL team has assembled with representatives of ANA, the National Water Agency of Brazil, and SECIMA, the Secretariat for the Environment, Water Resources, Infrastructure, Cities and Metropolises. Topics of the discussions were above all the political framework conditions of the water management in the country and current developments in this field.

During the tours of the sugarcane fields and mills, the WANDEL team learned a great deal and gained detailed insights into the operating routines of the sugar mills, from the care of the seedlings, to the harvest, to the finished sugar or kWh.
Background of these visits are the two core tasks of the project WANDEL in the field of study Brazil: On the regional level a drought management system is to be developed for the area of the Rio dos Patos and a water footprint of the energy production of the sugar mill is determined on a local level. Allocation is an exciting question for the latter as the input product sugarcane always produces several products, in this case sugar, ethanol, animal feed and electricity. At the global level, the case study findings may be transferred to regions with poorer water management, where biomass energy is also generated.
A preliminary conclusion is that the visited sugar mills are efficient in terms of water and efforts are being made to minimize the environmental impact of intensive agriculture. Possibilities for potential optimisation will be analysed in the course of the project. 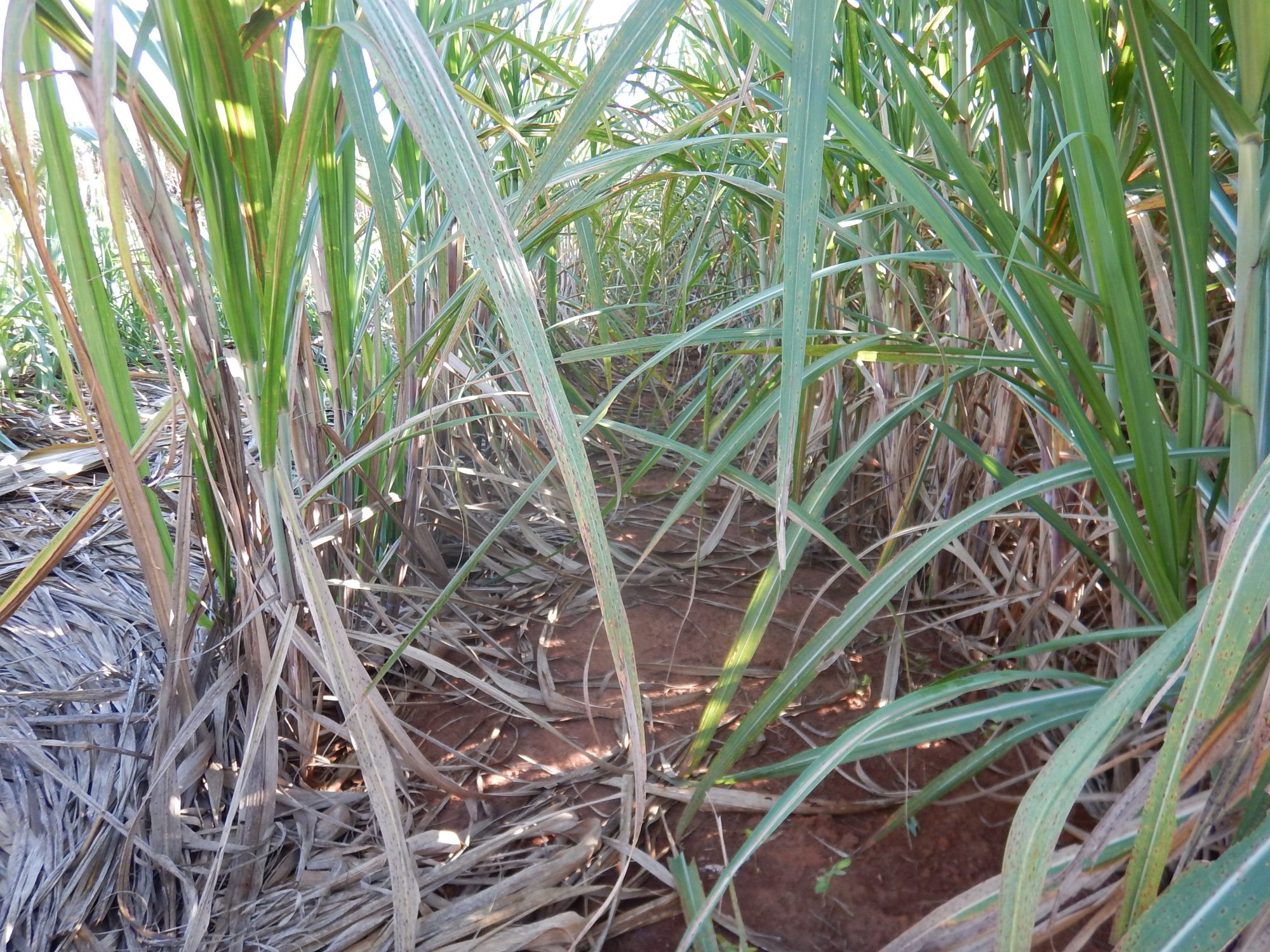 Sugarcane is densely planted so that the plants themselves fight weeds by shedding their light through their rapid growth. 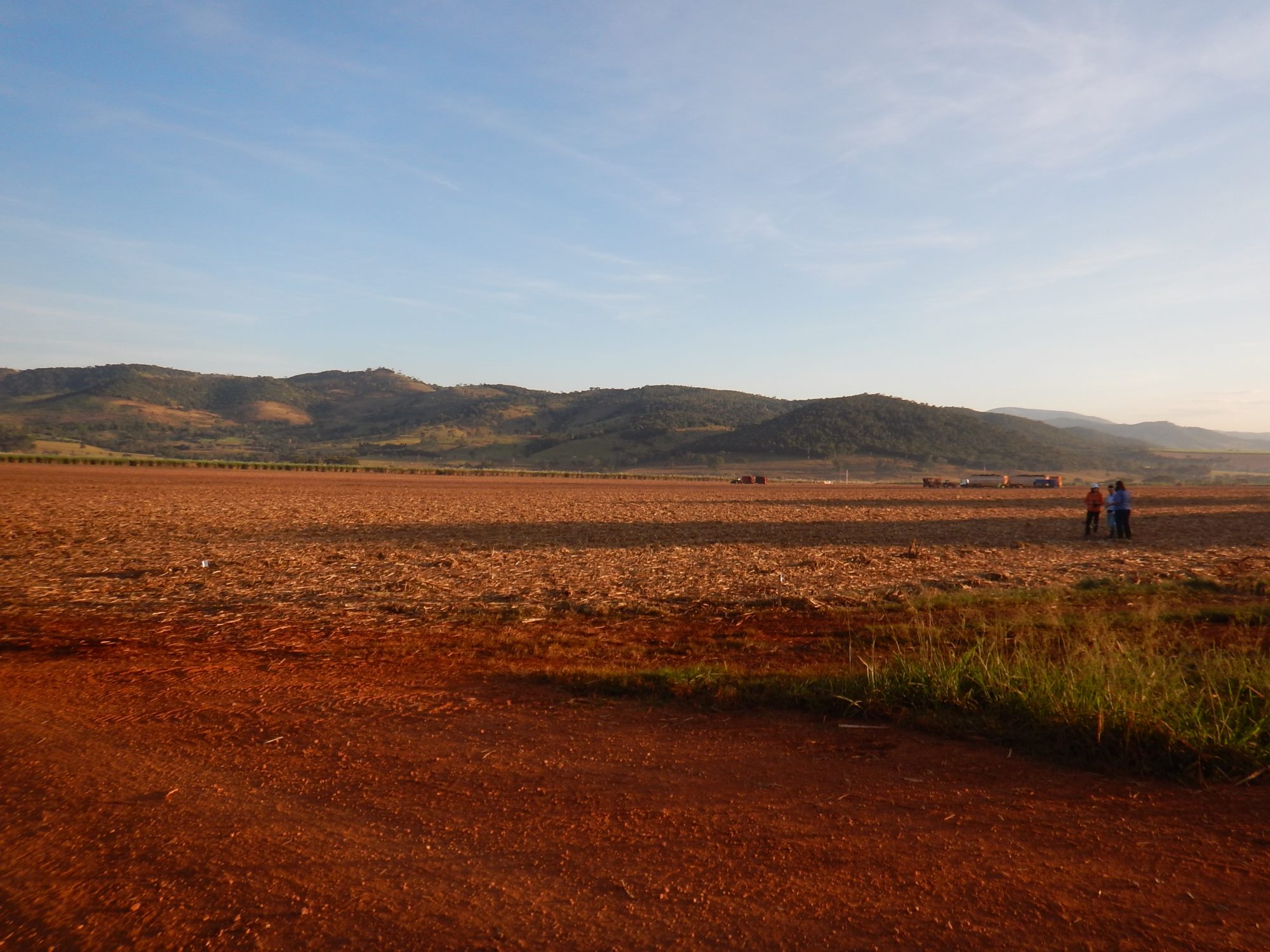 Sugar cane field after harvest. The straw, that means the leaves remain on the field, protecting the soil from dehydration and erosion. After all, it is about 20 tons per hectare! 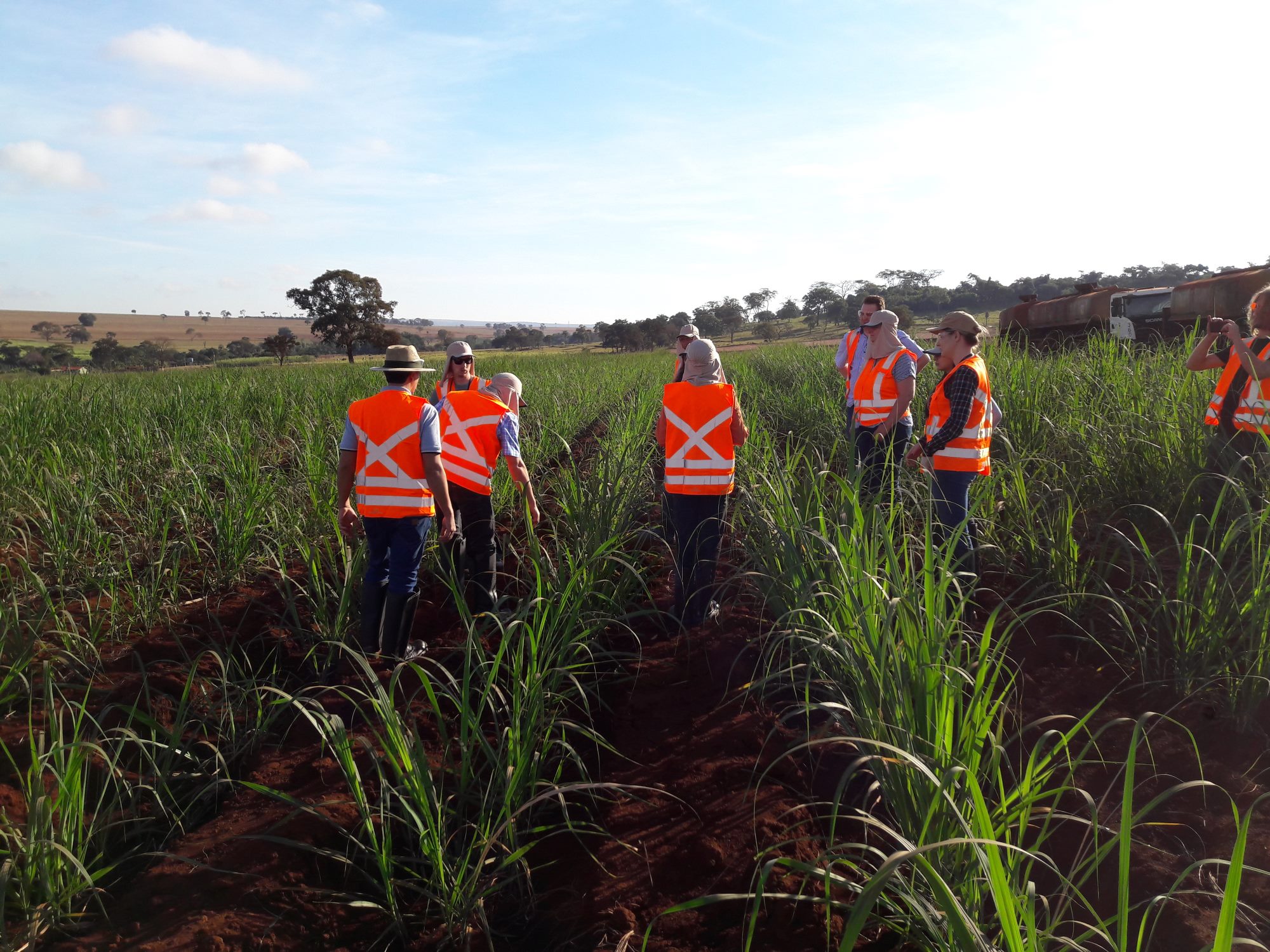 Sugarcane reshoots after harvest, but after a few years, crop yields are reduced and plants need to be renewed. This is done either by planting small seedlings or by introducing cut cane stalks into the soil (vegetative propagation). The picture shows young sugarcane plants some time after planting. The excursion participants and employees of the sugar mill had to protect themselves with safety clothing against snake attacks. 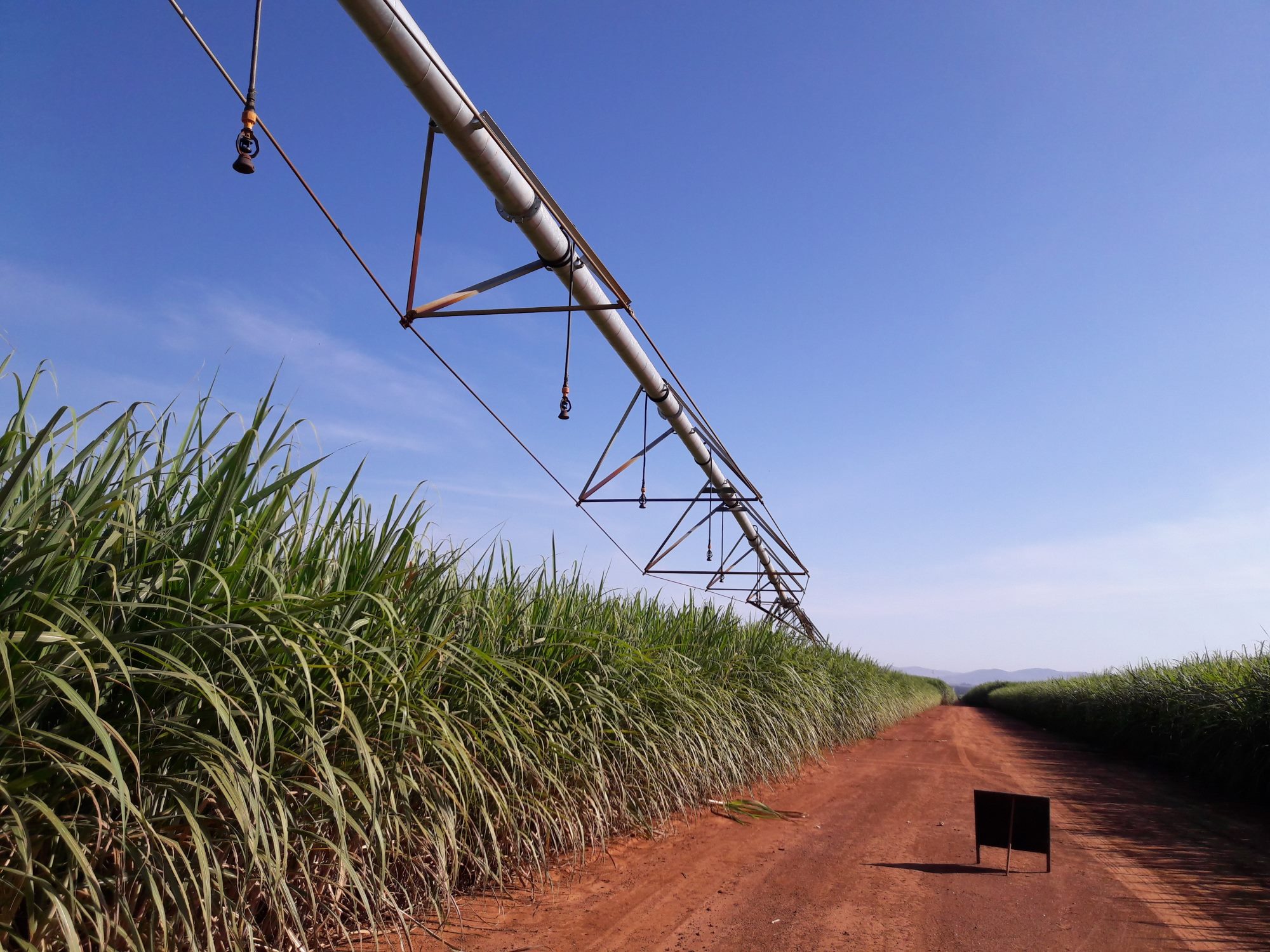 Most of the sugarcane fields are either watered only with water, which is obtained in the sugar mill from the sugar cane stems (so-called venasse), or not irrigated. Only on a very small part of the surfaces comes z. As the irrigation by means of a central pivot arm used, as seen here in the picture. 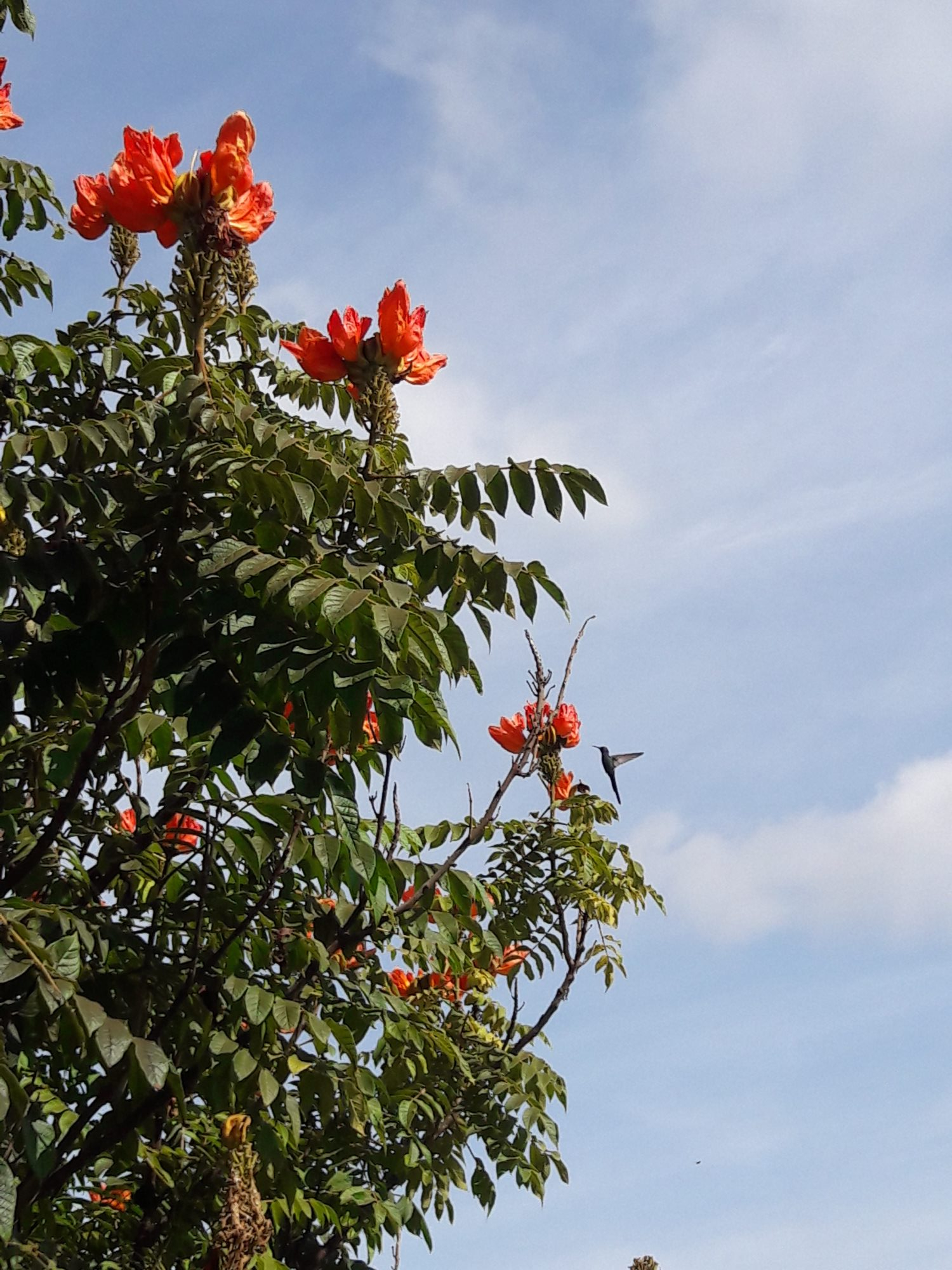 On the site of one of the sugar cane mills, we had the opportunity to admire hummingbirds in a tree with beautiful red flowers.

The starting and finishing point of the excursion was the capital Brasília. Even if only a little time was left for a visit, some nice souvenir photos of the futuristic-looking planned city have been created. 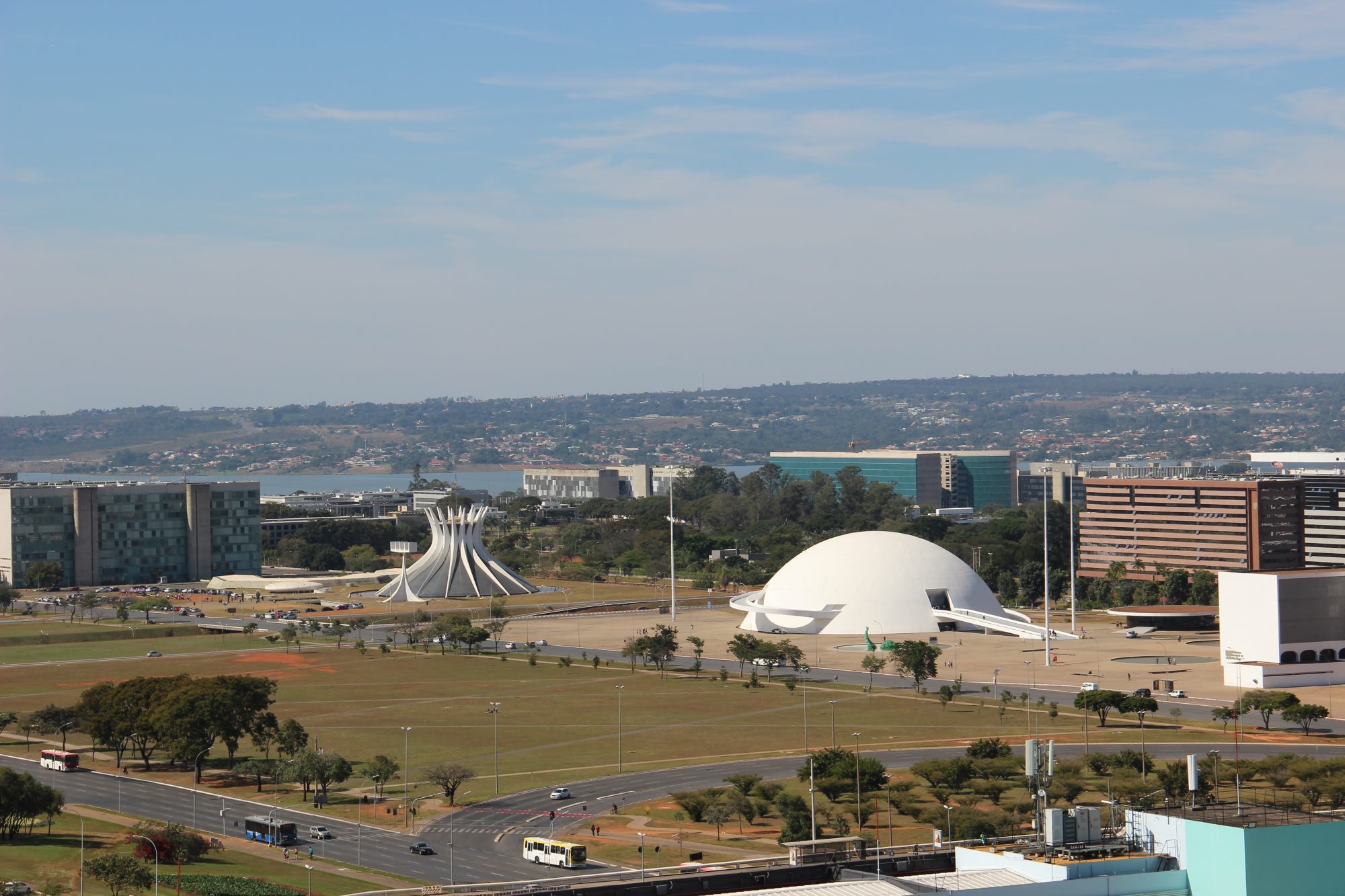 View overlooking some of Brasílias most interesting buildings. The crown-like white building on the left is the Catedral Metropolitana Nossa Senhora Aparecida. 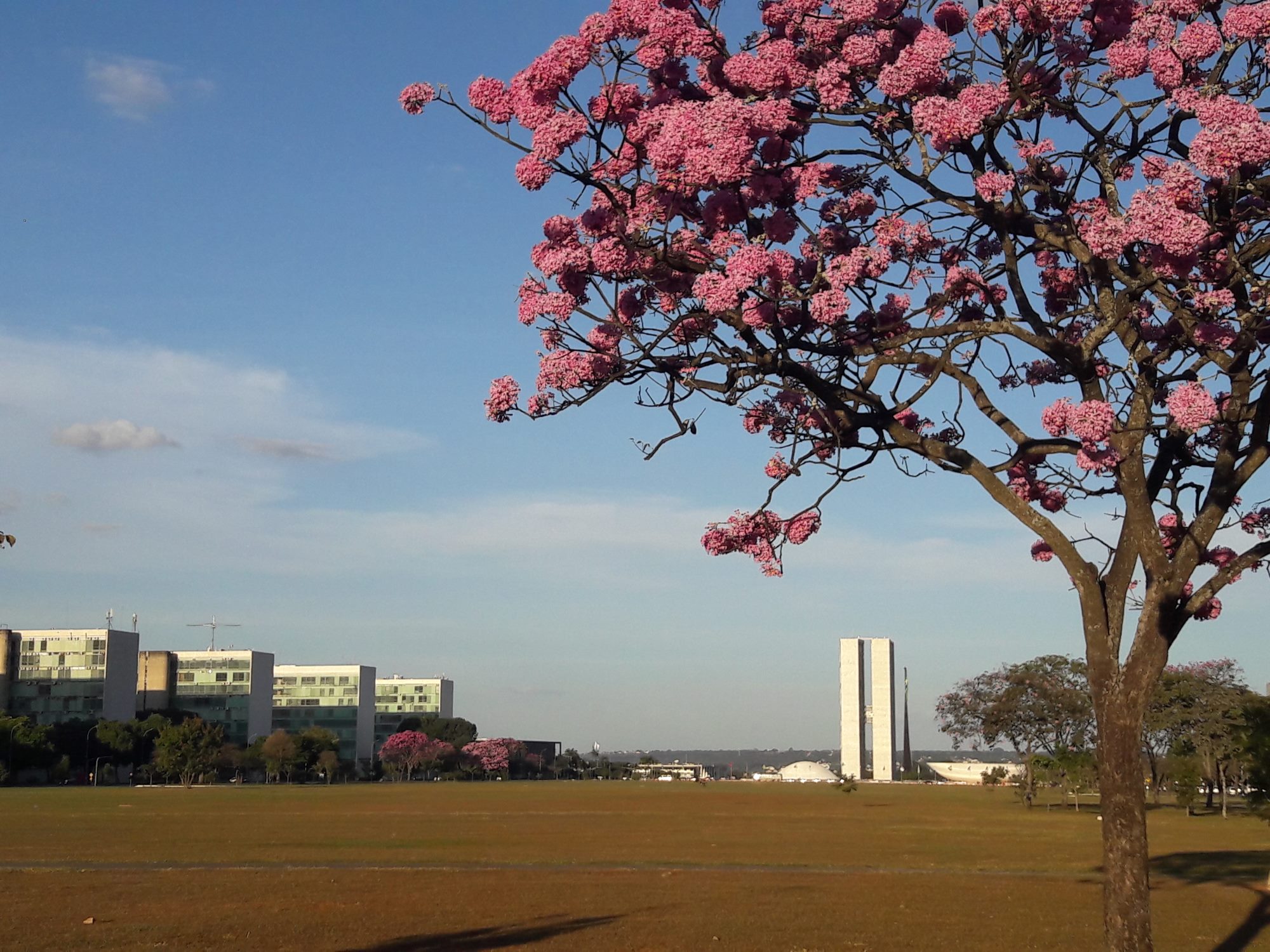 View from a park on the government sector. 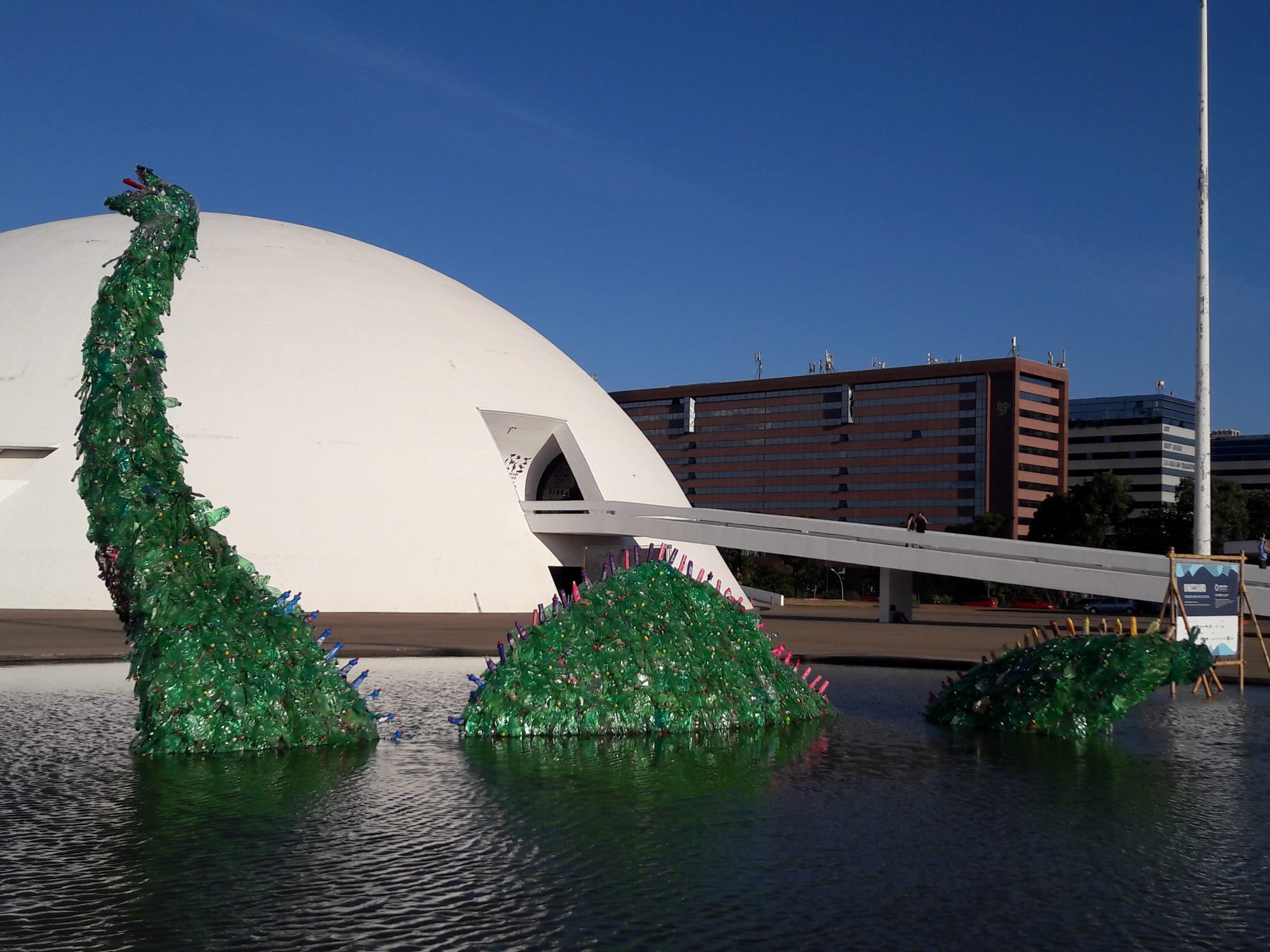 A work of art made of green plastic bottles.

Many thanks go to the teams of the United Nations University and Embrapa, who meticulously planned and modeled the excursion. We would also like to thank the employees of the sugar mills who showed us their work with great enthusiasm and answered our questions with great patience.