On April 26, 2018, the Wuppertal Institute in cooperation with the Moroccan research institute MENARES successfully organized the first stakeholder workshop in the WANDEL- Case Study on Solar Thermal Power Plants (CSP) in the Moroccan Ouarzazate. The aim of the workshop was to discuss, together with local stakeholders, socio-economic development paths and their impacts on water demand. Twenty-one participants from the agricultural and water sectors as well as the local administration and civilian organizations accepted the invitation and together discussed future development factors and developed the first rough socio-economic water demand scenarios for the region.
The project partners of mundialis, the United Nations University and the University of Osnabrück accompanied the team of the Wuppertal Institute on the trip to Morocco.

Optimal locations for solar thermal power plants (CSP) are usually located in the arid desert regions near the equator, which have the required direct solar radiation and offer an almost inexhaustible solar potential. While these power plants can supply electricity as needed by means of a thermal storage and thus make an important contribution to the global energy transition, they have a relatively high water consumption in direct comparison to photovoltaics. Solar thermal power plants are therefore of interest as a case study for WANDEL's leading question as to whether restrictions on water availability can accelerate or delay the global energy transition.

Located in the Drâa-Tafilalet region of southern Morocco, the desert region of the Ouarzazate province provides optimal conditions for the generation of solar power from both CSP and photovoltaic power plants. That is why Ouarzazate has been chosen as the location for one of the largest solar power plants in the world. The so-called solar park NOORo, which consists of three solar thermal and one photovoltaic power plant, is expected to have a capacity of 580 MW and will supply more than one million households in Morocco with renewable electricity. 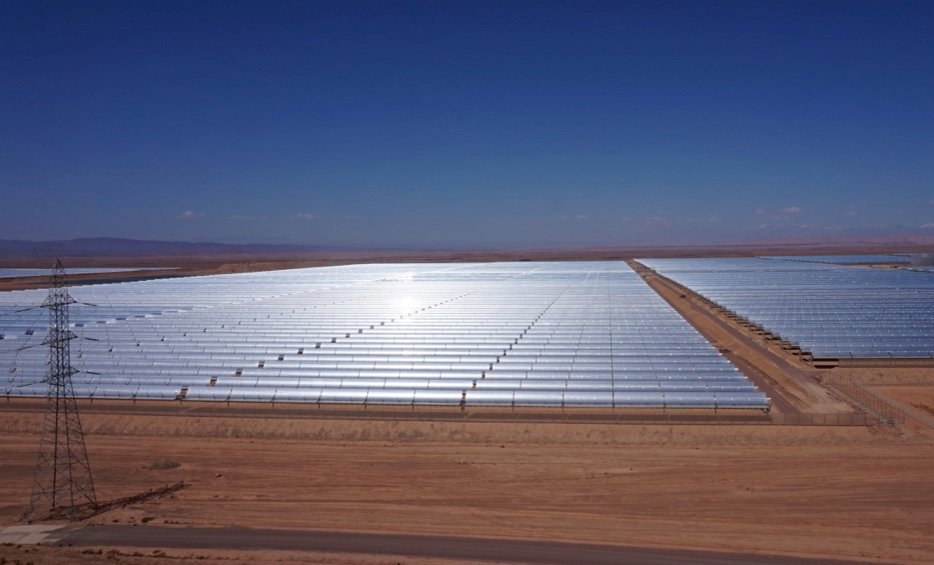 The complex's first solar thermal power plant, NOORo I, has been in operation since 2016, while the other three power plants are expected to follow this year (2018). Unlike in the successor projects, Nooro I still uses wet cooling technology, which has a much higher water requirement than the later built NOORo II and III power plant components with dry cooling. However, the water consumption of the NOORo I power plant, which is already in operation today, is not yet critical, as the power plant's needs make up less than one percent of the total annual water use from the El Mansour Eddahbi dam. Nevertheless, it is crucial to investigate how, in the context of climate change, water availability and, as a consequence of socio-economic developments, water demand in the region will evolve in the future in order to be able to develop solu-tions for potential conflicts of use at an early stage. 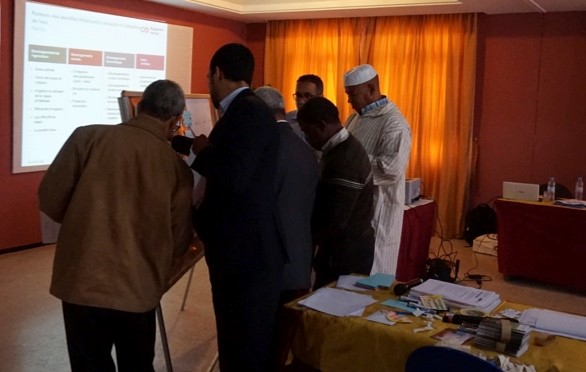 The 21 participants in the workshop, which was the first of three workshops in Ouarzazate on April 26, 2018, jointly investigated this need for information and discussed and evaluated possible socio-economic developments that could influ-ence water demand in the region. The focus this morning was first on the dis-cussion, validation and prioritization of key factors influencing future water de-mand. In the afternoon, the development of different versions of the prioritized key factors took place in small groups. Finally, in an animated discussion with the participants, the different possibilities of future development were combined into first rough scenarios.